Should she stay or should she go? Transitioning from one CEO to another is a task few companies do well and yet it is a decision for which the stakes could not be higher.

Chief Executive Officer is one of the few jobs that can make or break a company. Recent examples at Netflix, Hewlett Packard, and Apple illustrate the challenges and the consequences of good and bad transitions at the top. Should the Netflix board have replaced Reed Hastings when his pricing change blunders caused the stock to drop 75%? How should the Tesla Board of Directors have responded to Elon Musk’s recent on camera use of Cannabis?  Who really deserved the credit for Tim Cook’s successful succession at Apple?  Was it the board’s careful planning that lead to this success, or was it just another brilliant move by Steve Jobs? 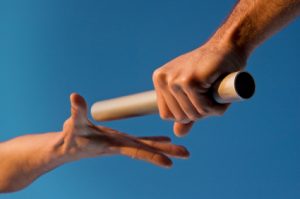 Choosing the right CEO and managing the transition well provided each of these companies with valuable opportunities to enhance their market position and their brand. In all of these cases, the choice of who would succeed the CEO and the process of choosing a successor made a huge impact on the business. No one will actually fill Steve Job’s shoes, but the market was very clear in its response when Tim Cook took over the CEO job as part of a well executed succession plan. The day after Steve Jobs gracefully stepped down, Apple’s stock actually went up 2%!

Despite the high stakes, companies with exceptionally talented leaders and strong boards often stumble when planning and executing CEO transitions. If getting CEO succession right is so important, then why is it so difficult to succeed? At least three major issues make CEO succession difficult to do well.

Being a CEO is extremely difficult and experience doesn’t help.

When it comes to top leadership positions, experience is highly overrated. When you ask people to identify an ideal CEO candidate, generally they will mention age, something about being “decisive,” the size of companies the person has worked for, and the types of jobs they have held in the past. In other words, the focus is on personal traits and experience, neither of which are very good predictors of success. Mark Zuckerberg is 34 years old and he had no experience as CEO of a large company before his current job, but Facebook seems to be doing just fine. 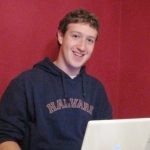 Mark’s situation is more common than you might think. One study of CEO transitions found that 86 percent of new CEOs had no prior experience in the job. Of course, CEO candidates will have experience in other jobs that might help, but don’t be too sure that experience will translate. In fact, the CEO job is so unique that over half of the new CEOs in the study said the job was more difficult than expected. I’ve seen this in my own work as well. Every newly minted CEO I have worked with has commented on how difficult the job is and how much the difficulty surprised them.

So, the first reason CEO transitions are rough is the uniqueness of the job and that the majority of new hires have no direct experience. And to make matters worse, they tend to underestimate the difficulty of the job.

Corporate boards aren’t always sure if, how and when to get involved.

The character and expectations of corporate boards has shifted significantly over the last several decades. As late as the 1980s, most directors were chosen by CEOs. Often, directors and CEOs were connected socially: They ran in the same circles, and business decisions had real social consequences (and vice versa).

According to the Spencer Stuart Board Index, 25 years ago the ratio of independent to insider directors was 3 to 1. Now it is 5 to 1.

As a consequence of this shift to more independent corporate boards, the directors are increasingly willing to ask difficult questions and to set higher standards for the CEO. And, of course, they are more actively involved in thinking about and planning for CEO succession.

Simply put, CEOs of the past chose their successors as well as the timing of leadership transitions. Today, CEOs continue to be actively involved but boards are taking greater control of the process. This shift puts a strain on the CEO-board relationship. It can either produce a dialogue that is healthy for the company, or it can become toxic.

A 2006 study of the financial impact of 132 CEO succession decisions over a two year period found that delays in naming a successor resulted in a significant decrease in financial performance. In particular, delaying CEO succession decisions greatly increased operational expenses (hence, decreasing profit). Not surprisingly, organizations have a tendency to spend considerably more of their time and energy trying to decide which way to go when they are without a central figure to coordinate efforts, clarify direction, and make timely decisions.

How do we succeed at succession?

Effective CEO succession is critical to organizational health, and yet planning and implementing CEO succession is extremely difficult. I have seen this process get ugly, and I have seen it act as a launching pad for success. Without a doubt, getting it right is a lot more fun than messing it up.

Given the importance of this topic for organizations and leaders, and the difficulty of doing this well, I’ve written a 5-part series—Five Essential Questions for Getting CEO Succession Right—in which I share my point of view about the biggest opportunities to succeed with CEO succession process. In each post, I will take a strong stand on what works best. In doing so I hope to stir some controversy and perhaps even discussion on what effective CEO transitions should look like.

Question 3: What Criteria Should Be Used to Select a CEO?

Question 4: How Transparent is the Succession Process?

Question 5: When Should Planning Begin, and What Time Horizon Should Be Considered?