Effective Teams Let the Best (Not the Loudest) Ideas Win 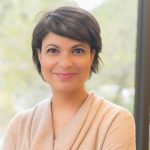 If you’ve been part of a project team, there’s a frequent dilemma you know all too well: how do you make sure the valuable input of some team members doesn’t get drowned out by the louder and more opinionated voices of others?  You know the type – they are “often wrong but seldom in doubt.” Sadly, this doesn’t just happen on dysfunctional teams. It happens at the most senior levels of leadership, and I see it in my consulting work more often than you might expect.

I recently facilitated a senior leadership team strategy session, and early in our day together, the group engaged in a hands-on icebreaker game. The stated rules of this game are pretty simple: every team member has to work collectively to lower a given object to the ground. Executing the task, however, is surprisingly hard –the solution requires innovation, methodical problem solving, and great listening skills. It’s a genuine teamwork challenge. And to my constant fascination as a facilitator, the process of “collaboration” in this activity always seems to begin with several minutes of team members talking over one another while they each shout out their suggestions. This group was no exception.

Their team of eight represented a variety of functional areas, but was largely dominated by Meredith, their head of operations. Meredith was a vocal, highly opinionated long-tenured leader, and many of her fellow team members seemed to defer to her dominating style without push-back, even when they didn’t necessarily agree with her. In the sea of overlapping voices, when Meredith proposed ideas for lowering the object, the group tended to stop and give her suggestions greater consideration. Her ideas weren’t necessarily better than the others, but they certainly were louder.

Matt, their CFO, was also a team member. He too was a long-tenured leader with the organization.  He was highly regarded for his positive demeanor, integrity, and attention to detail. Matt’s communication style, however, was more restrained. His bias toward efficiency carried over into how he communicated:  he tended to speak up in the group only when he felt strongly about an issue or was specifically asked to answer a question.

As I stood back observing the group, it became clear that Matt had a moment of insight about solving this team challenge.  I could almost see the lightbulb go on. He said aloud ”hey, how about we try doing it this way? I think it could work.” But in the frenzy of activity, and with Meredith’s dominant style, no one responded or even acknowledged his suggestion, it was as if he never spoke at all.

Eventually, after several clumsier attempts at solving the challenge (largely driven by Meredith), the team eventually figured out the right way to lower the object. But the team’s success happened long after Matt offered the correct answer without acknowledgement from his colleagues. While the team ultimately achieved its goal, they ignored collaboration, and didn’t leverage all the voices in the room. That mistake cost them valuable time, and once  I revealed that they overlooked Matt’s idea early on, it gave us plenty to unpack and discuss for the remainder of the day.  This was a classic example of a  team undermining their own effectiveness by not giving all team members equal time or regard.

Our debrief involved some tough talk, and honest feedback from Matt. He said he felt frustrated and ignored during the team activity.  Then he went further to say that this same experience happens to him frequently in the team’s everyday interactions (“whoever’s loudest always wins, even if they’re wrong”). His peers seemed unaware of their past behavior toward Matt, and genuinely surprised by his feedback, but to their credit, their reaction was swift and unanimous: if we’re treating our team members like this, we’re missing out on their insight, and we’re getting in the way of our own success. Even more impressive, team members apologized to Matt on the spot, including Meredith, who acknowledged “I’m sure I’m a big part of the problem.” The conversation wasn’t easy, but it created a powerful shift in trust and goodwill in the room, and they made a mutual agreement to end each future team meeting by asking “has everyone here been heard? Is there anyone that we’ve missed?”

Obviously, during a one-day retreat, this team was engaged in a simple low-risk game that revealed a useful teachable moment. In real life, however, there’s a significant price to be paid for undervaluing or ignoring the feedback of capable and high performing leaders. Leadership teams across industries are filled with contributors like Matt – experienced, highly insightful, but not necessarily the loudest voice in the room or prone towards fighting for airtime. Contributors like him aren’t willing to continue to be ignored for long, though.

In real life, the Matt’s of the world will leave their organization if they’re not valued or heard. They’ll go to an employer that recognizes and rewards their gifts – and frequently that company may be an industry competitor. The cost to an organization of replacing senior-level high performers is well documented, and could be the subject of several other blog posts here. Suffice to say, though, it’s a costly mistake. But it’s also a preventable one.

So, what’s the solution? How can you make sure all those wise voices in the room get their proper airtime? There are tools that can help. Team-based 360 Feedback allows leaders to uncover key insights about one another. Having the quantifiable, behavior-based data that 360 provides can speed up their path to effectiveness, and it’s not a difficult tool to implement. But any team can start by simply engaging in better listening to one another, and consciously making time in meetings and conversations to ensure all voices are being heard. In the long run, what feels like “slowing down” to listen will likely lead to better decision making and more effective results.