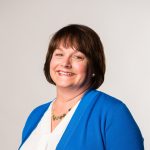 Most complex business challenges, whether its post-pandemic planning, a merger, or launching a new product, demand a collaborative team-based approach. And, while teamwork is needed in so many areas of work, even high performing teams rarely know what makes them successful.

If you look closely at high performing teams, you will find the most foundational element is the bonds that form between team members. These bonds allow teams to engage in productive conflict, shared sacrifice, and collaboration that produces outcomes greater than the sum of the team’s parts. If you’ve ever experienced the joys of participating in this kind of team, you may have also felt a sense of loss when the team dissolved, or when the membership of the team changed, and you found yourself hoping newcomers would bring greater synergy and not spoil the atmosphere.

Teamwork is inherently difficult and very few teams are truly high performing. Most of us have experienced at least one team situation, at work or while in school, where unclear goals, difficulty making decisions, interpersonal conflict, and individuals with poorly suited skills hinder productivity and cause friction.

High performing teams focus on getting three things right: 1) define and clarify the team’s Purpose, 2) ensure the team has right mix of People with the right motives, and 3) establish a positive team Climate.

In this first article in our special series on Creating High Performing Teams, we’ll focus on two critical sub-elements: developing and maintain drive & managing friction (one of the most common team challenges).

The collective work ethic of a team often explains its success or failure.  High performing teammates have a strong commitment to achieving goals set by the team, which they actively support through their involvement. Developing and maintaining a drive to succeed at high levels prevents complacency and allows teams to persist through adversity. Aiming high requires team members and the team leader to commit to stretch goals and then to push hard to achieve them. The best teams set difficult goals, work hard to achieve them, and actively learn from their mistakes.

Leaders play a key role in establishing and maintaining the team’s drive for results.

I was recently asked to support a newly established Chief Human Resources Officer, a seasoned HR executive from a large privately held company with a strong culture of accountability. What she lacked in industry-specific expertise, she made up for in stellar business acumen and a proven playbook on creating and developing high performing teams.

As the newly hired CHRO, building a winning team was her primary focus. She selected members of her HR leadership team for their functional expertise, overall business acumen, and their ability and willingness to collaborate with others. She launched the new team with a series of events focused on helping team members get to know each other personally and professionally by sharing work histories, areas of expertise, and passions. The new HR team created a strategy and set of goals that were then translated into a scorecard with relevant metrics. When the team missed an important target, the CHRO brought team members together to directly confront the situation, analyze and understand contributing factors, and create a relevant action plan.

Her early efforts in carefully choosing the right team members and investing time to create meaningful bonds paid off. She established a team climate of professionalism and accountability for results. If the team or team members made errors that led to a missed target – or plans needed to be adjusted for any reason – the team was able to openly discuss, troubleshoot, learn, and get back on track.

Harnessing (and not Ignoring) Friction

High performing teams establish ground rules for how team members will productively address and resolve conflict and treat healthy debate as a key part of their discovery process. Not establishing ground rules also sets a tone. It’s important to remember that all teams develop behavioral norms, whether they are aware of them or shape them intentionally.

Ultimately, teams that invest time and energy engaging in productive discussions around differing ideas or perspectives arrive at better decisions – and eliminate tension.  Open debate can produce a hybrid concept that is far better than any team member’s original idea – “two heads are better than one” is a cliché for a reason. If your team can’t safely disagree or your leader ignores conflict, you lose one of the key benefits of teamwork.

I recently coached a team leader dealing with a serious conflict between two of his team members. The team was planning a trip for their board members to visit an ecological sanctuary that the organization had been instrumental in preserving. The conflicting team members both felt that they had the primary responsibility for planning the trip and had generated itineraries with very different goals. The first envisioned a luxurious event to thank the board members for their support and the other a no-frills educational trip to give the board members the opportunity to work onsite and connect with nature.

The leader didn’t have a strong vision for the trip and was very conflict averse. He told the two members, “If I have to get involved in this issue, somebody’s going to lose their recess,” which, as you can imagine, escalated the conflict. A simple misunderstanding around decision making and trip goals devolved into personal attacks and permanently damaged relationships. Paradoxically, by ignoring the conflict, the leader had created more conflict – the very thing he loathed.

There was also a missed opportunity. Ultimately, one of the two team members’ ideas won out and the trip was moderately successful. Perhaps a compromise valuing both ideas could have made the board trip truly exceptional.

A key lesson from both the CHRO’s success and the team leader’s failure to address the board trip conflict, is that a leader must actively tend to team health and make decisions that move their team towards excellence, not mediocrity.  Although this work is the primary responsibility of the team leader, it cannot be achieved without cooperation and leadership from the entire team.

Being a high performing team leader or team member starts with holding up a mirror and making a commitment to consistently displaying desirable team behaviors. Be driven and be willing to learn from your mistakes – and address and harness friction for the good of the team.

Stay tuned for more on Creating High Performing teams and reach out to us for more support in evaluating and developing your teams.

Anne Whiting, MA is the Director of Consulting Services at 3D Group. She has over two decades of experience as a global HR leader and coach. Her direct industry experience includes consumer packaged goods, aerospace manufacturing, professional services, information technology, and healthcare. Anne earned her Master of Science degree in Industrial/Organizational Psychology from Alliant International University in San Diego.